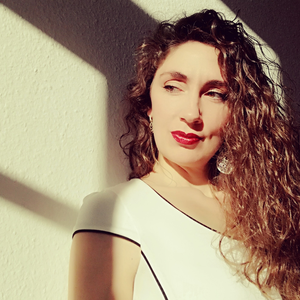 Elisa Quarello Şahin brilliantly graduated with cum laude in Composition from Conservatory of Music "G. B. Martini" of Bologna (Italy). She studied with Francesco Carluccio and attended to Master classes and Workshops with Salvatore Sciarrino (Accademia Chigiana di Siena), Manfred Trojahn (Associazione Nuova Consonanza, Roma), Martin Crimp (Aix-en-Provence Festival and ENOA), Klaus Bertisch (National Opera & Ballett of Amsterdam and ENOA) and Luís Tinoco (Calouste Gulbenkian Foundation of Lisbon and ENOA).
In January 2014, she won the "Neue Szenen II" International Composition Competition of Deutsche Oper Berlin. The jury has conferred her an award and the commission of a new opera, “O.H.I.O.-ObstHaine Im Oktober”, that had its debut in April 2015 at Deutsche Oper Berlin to a large audience and had very positive critics. She won also the “Felice e Luigi Magone Composition Award„ of Conservatory of Bologna (2011) and the Honourable Mention of the “International Award Palazzo del Majno-Torquato Tasso„ (2010). In July 2019 her composition “Good body, I thank thee!” for soprano, baritone and orchestra with texts in English and Portuguese languages by Fernando Pessoa and William Shakespeare had its debut with Gulbenkian Orchestra of Lisbon at Gulbenkian Foundation.
Her compositions were performed in international theatres and concert halls, like Deutsche Oper Berlin, Grand Auditorium of Gulbenkian Foundation Lisbon, Teatro Comunale di Bologna and Teatro Comunale di Ferrara, and festivals, including Angelica, Suona Francese and The Schoenberg Experience. She also collaborated with the cello ensemble "Bologna Cello Project", for which composed the opera, Lohengrin - Bologna, 1871, inspired from Lohengrin of Richard Wagner and Macbeth of Giuseppe Verdi (2013). During her studies and in the course of her artistic activities, she concentrated on opera, music theatre, folk music and in particular on archaic musical, theatrical and textual arguments. Her other interests are compositions on various texts, poems and plays written in different languages, as well as the research of a musical style that follows and increase the musicality of languages. 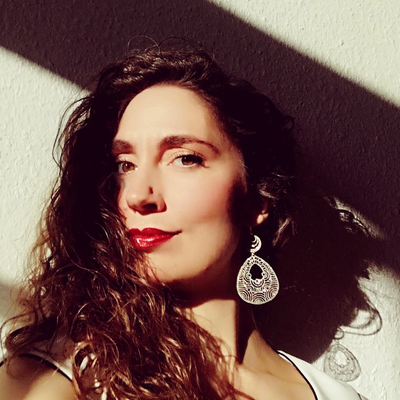 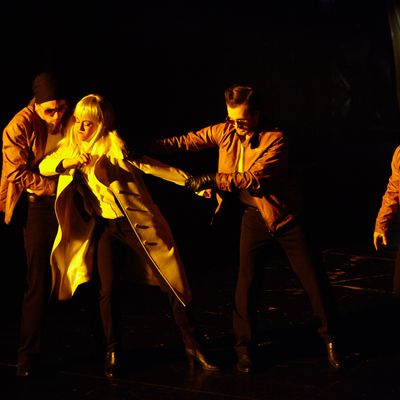