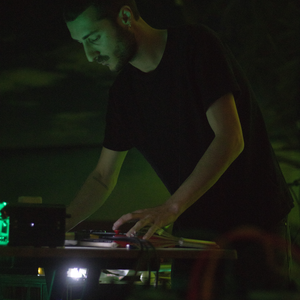 Maurin Bonnet is a visual artist and composer currently based in Strasbourg. His artistic practice is rather centered on contemporary sculpture, installation and sound art. His work explore the tension between organic forms and physicality of sound.

He was born in Aix-en-Provence in 1993. He studied visual art at Beaux-Arts de Lyon (2012-2014) and at Haute Ecole des Arts du Rhin (2014-2019). He studied 6 months in Jerusalem, in Bezalel visual art School and School of Visual Theatre. During his master he started studiying in parallel electroacoustic composition in Conservatoire de Strasbourg with Tom Mays and Daniel D'Adamo (2017-2020).

He works currently in his studio at "La Semencerie" with other visual artists in Strasbourg. He leads in parallel his musical practice with solo and collaborative projects with instrumentists (saxophone and Ondes Martenots) and  mostly experimental improvisation with electronics. He had created his own independent Label called "Rhizaria Records" which promotes avant-garde electronic scene of Strasbourg, Nancy and Marseille.

He showed his work during the exhibition "Next Genaration 8.0" in ZKM_Karlsruhe,2019, for the exhibition «So Far» in Konsthaus Beim Engel Gallery_Luxembourg, 2016, he were assitant of Baptiste Debombourg, he had a collective exhibition "Echo(s) du lieu" in CEEAC, Strasbourg, 2016, another collective exhibition in Bezalel University, Jérusalem, 2018
He had a concert in Pergamon, Jérusalem, 2019, Composed a sound piece for a butô dance performance called  «Das geht und das komm» as part of the Festival Tanz Von Ort, Freiburg, 2016. He composed "En attendant le passeur" for the butô festival "En Chair et en Son" who hapenned in Benevento, Italy, 2017. He had an immersive concert during Exhibitronic Festival, playing on the 32 speakers of AKT Acousmonium in Grande Salle de l'Aubette, Strasbourg, 2017, He played his compositions during "Festival des formes radicales" in Elizabeth Czerczuk Theatre, Paris, 2019, he played with Lee Patterson for Sonic Protest in Cirque Electrique, Paris, 2019 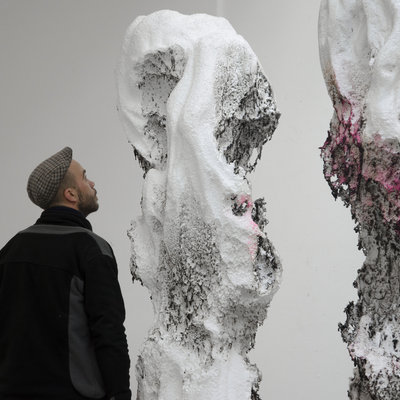