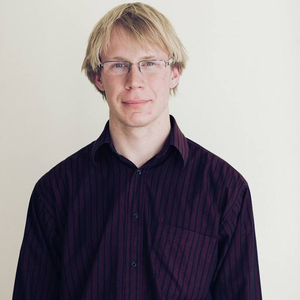 Jakob Stillmark began his musical training with the piano at an early age.
At the age of nine he took his first composition lessons, in the course of
which he wrote two works for school orchestras. From the age of fifteen he
received lessons from Ernst-August Klötzke in Wiesbaden. Among other
things, he won the prize of the German Orchestra Foundation for the "best
composition" at the orchestral workshop for young composers in
Halberstadt. From 2013 to 2019 he studied composition with Isabel
Mundry at the Musikhochschule Munich and has been working as a
freelance composer since completing his master's degree. He took part in
numerous international master classes, including lessons from Toshio
Hosokawa, Liza Lim, Younghi Pagh Paan and Peter Eötvös. His works have
already been heard in the chamber music series of the Munich
Philharmonic, at the Munich Biennale, in the Münchner Kammerspiele, at
the Shanghai Music Academy and at the Darmstadt State Theater. His
orchestral work "heim-?" was premiered in June 2019 by the Deutsche
Radio Philharmonie under the direction of Manuel Nawri.
At this time Stillmark is working on an artistic-scientific doctoral
program at the University of Art in Graz in cooperation with the Zurich
University of the Arts.
Stillmark is also active as a course instructor in the Daoist movement art
Qigong.