The Great Red Spot of Jupiter

The Great Red Spot of Jupiter is the third part of Non Acoustic Symphony, a large-scale electroacoustic composition in seven parts, each having its own dramatic structure and profile. Though ideally performed as a complete work, each part may be presented as a separate piece. As the composition is also a kind of musical voyage through time and space, one could loosely connote titles with the famous Voyager (1 and 2) space missions. My goal is not to affix any specifically detailed description, but to encourage evocations in the listener. The music was composed and recorded at the De eM Studio, between late 2011 and August 2013, and then finally mixed in September 2013. The definitive version is a 6-channel audio projection (5.1). Soundscape with the Fall of Icarus
Dariusz MAZUROWSKI 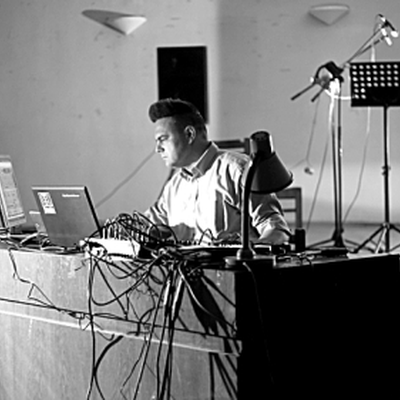