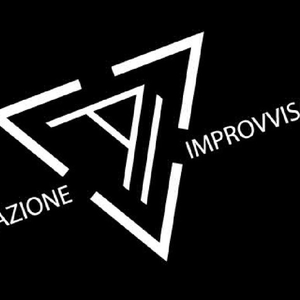 Azione_Improvvisa is an ensemble that connects different musical approaches and experiences, a synergic contribution between different ages instruments, aimed to reach new and experimental identity. From an idea of the italian composer Raul Masu, the ensemble is composed by musicians operating in Italy, Switzerland, Austria, Germany and Belgium.
In addition to music concerts, the ensemble is often involved in educational activities and workshops, with the aim to focus on different aspects of the “comporaneity”.
Many composers have written for Azione_Improvvisa, above all G. Colombo Taccani, S. Alessandretti, M. Azzan, A. Carretero, Z. Baldi, G. Bertelli. Among the concerts and festivals are of particular interest the participation in “Musica Insieme Festival” (Panicale 2019) in collaboration with Ernst von Siemens
Stiftung, Contrasti festival (Trento) and the performance at Pergine Festival in 2018, focused on the interactive technology “The Kites”, already experimented for a pedagogical project at Musikhochschule Trossingen (DE). The project was then proposed again in the “Musicitem” season (museum MUSE,
Trento).
Azione_Improvvisa joined #theWorkRoom project, promoted by Fattoria Vittadini in cooperation with Fondazione Milano, and won an artistic residency at Fabbrica del Vapore in Milan.
They are ensemble in residence at Anomalia - Pratiche artistiche contemporanee in Pergine Valsugana.
During the period of Italian Lockdown, in collaboration with the film production company KOTTOMFilms, they conceived the online project 40’’KlangRoom, recording ten compositions written
for the occasion by some of the most important Italian and foreign composers. The project was then performed, in the form of an installation, as part of PergineFestival 2020.
Action_Improvvisa is among the winners of the “Neue Kompositionsanträge” 2020 call by Ernst von
Siemens Stiftung with commissions to Marco Momi, Lula Romero, Farzia Fallah, Zeno Bald
They released Parade which includes the recording of Blind Trust by Giorgio Colombo Taccani, dedicated
to the ensemble. In Autumn 2020 Azione_Improvvisa will release “First glimpse”, its first album.

Take my breath away (for flute & piano) by Tim Mulleman