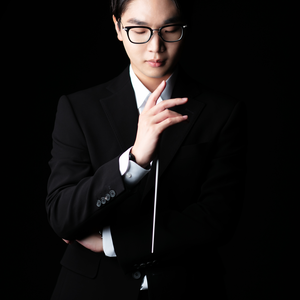 In the 2018/19 season, Mr. Choi made several significant debuts as a conductor: London Symphony Orchestra joint with the Orchestra of the Lucerne Festival Academy sharing the podium with Sir Simon Rattle and Duncan Ward conducting Stockhausen’s Gruppen; and one of the leading Korean orchestra, the Bucheon Philharmonic Orchestra conducting works by Gounod, Wagner, Berlioz, and Liszt; and the joint ensemble of the Laureates of the Concours de Geneve conducting a work by Reich at the Victoria Hall in Geneva.

Jaehyuck Choi began his musical training in composition since when he was 14 years old attending Walnut Hill School for the Arts and New England Concservatory’s preparatory school studying with Whitman Brown (2009-13). Soon after, Mr. Choi studied at The Juilliard School, briefly with Samuel Adler (2013-14) and then with Matthis Pintscher (2014-19) from Bachelor of Music program until the end of the Master of Music program in 2019. Mr. Choi has also studied with Unsuk Chin (2011-17) through Seoul Philharmonic Orchestra’s educational platform.

Mr. Choi’s training in conducting began studying with Peter Eötvös in his teens, starting with the works by Stockhausen. Xenakis, and Ligeti, and so forth of the important contemporary composers’ music.

Illusion of the Silence for piano and string quartet (2020)