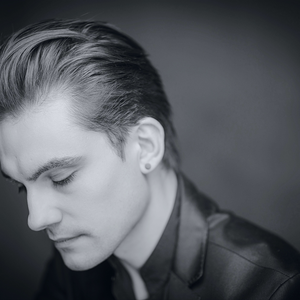 Pablo Devigo-Vázquez has recently made conducting appearances at the Aspen Music Festival, the Lucerne Easter Festival, the South Denmark Philharmonic, and the Orquesta Sinfónica de Galicia, among others.
Pablo is currently the Conducting Fellow at the Carmel Symphony Orchestra (IN, USA). Some of his most recent engagements include assisting Paul Daniel and the Real Filharmonía de Galicia (Santiago de Compostela, Spain) for the world premiere of A Amnesia de Clio by Fernando Buide. Devigo-Vázquez has been mentored by maestros such as Bernard Haitink, David Zinman, Dima Slovodeniouk, Robert Spano, Giancarlo Guerrero, Jorma Panula, and David Effron.
A native of Castro Caldelas, Spain, Mr. Devigo-Vázquez has had a wide interdisciplinary musical training. He is a graduate in both composition and piano from Spain’s Conservatorio Superior de Música del Principado de Asturias. Mr. Devigo-Vázquez was recognized in 2015 with a Fulbright Scholarship to continue his conducting studies at the Cleveland Institute of Music. Pablo is currently pursuing his doctorate at Indiana University with Maestro Arthur Fagen and specializing in piano performance with Émile Naoumoff and harpsichord with Elisabeth Wright. Last summer he was the recipient of the Helen F. Whitaker Fellowship at the Aspen Music Festival.

PONTOS E LINHAS for oboe and percussion (2009) by Rodrigo LIMA