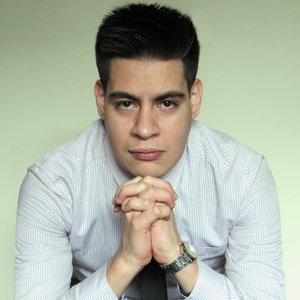 Kalevi and Laura Fiestas Prize 2021. First place in TAKI 2019, Coral UNM composition contest “Who am I”, Third place in TAKI 2019 “Patibamba”, Finalist in Bruno Maderna Competition - Ukraine “Peruvian Fantasy”.
He was born on September 2, 1995 in Lima. His childhood was spent in Pucallpa, approaching music in a self-taught way and showing inclinations to composition from an early age. At the age of 17 he entered the Youth Section of the National Conservatory of Music in 2014 until completing his general musical training in 2016. In 2017 he began his composition studies in the section of Higher Studies of the National University of Music, being a disciple of the composers Benjamín Bonilla (2016-2018), José Sosaya (2019) and currently the composer Dante Valdez (2021).

While still a composition student in 2017, he was commissioned by the Japanese Peruvian Association to make an arrangement for the choral mass of the Festival “Utaimashoo” (“Let's sing”), a responsibility that he assumed again in 2018. Also, that year he received the commission to compose the hymn of the Cayetano Heredia hospital. In the course of 2018 he premiered the following works: “Vacío”, directed by the composer Benjamín Bonilla interpreted by the Eunoia quartet (Lima-Peru). In 2019 he participated in the VIII Meeting between Composers and Instrumentalists (ECI) in the city of La Plata, Argentina, premiering his work “Wiraqocha”.
Upon returning to Peru, he premiered his works “Prelude for piano n ° 3”, performed by the same composer (UNMLima- Peru), “Ícaros” for electronic media (Lima- Peru) and “Pueblo Joven”, being presented in the Foyer of the Great National Theater of Peru. In the same year he was the winner of the TAKI choral competition, organized by the National University of Music, obtaining first place with his work "Who am I?" and third place with his work "Patibamba".
At the beginning of 2020 his work “Aires peruanos” was premiered at the FECMUS festival held in Santa Catalina - Brazil, “Chavín de Huantar” presented by the Lima Art Guide and finalist in the BRUNO MADERNA 2020 composition contest promoted by LVIV PHILHARMONIC SOCIETY, premiering his work "Peruvian Fantasy" for string quartet by the "Phoenix Quartet" in the city of Lviv - Ukraine. That same year he was accepted at the Lehigh University - American Choral Directors Association 2020 Summer Choral Composers Forum festival and at the Sewanee Summer Music Festival. In January 2021 his work "Peruvian Fantasy" was broadcast on Radio Filarmonía 102.7. In the same month, his work "Ícaros" was published within the UNO-works for electronic media album, promoted by the National University of Music of Peru. His works "Peruvian Fantasy" and "Theme and Variations" have been published at UCLA Music Library in California - Los Angeles-USA.

He has participated in different festivals of contemporary music, among them, SINAPSIS - LIMA PERÚ promoted by the National University of Music, Meeting between composers and instrumentalists in the city of La Plata - Argentina and Lehigh University - American Choral Directors Association 200 Summer Choral Forum ( Lehigh - USA).
Currently he has been accepted by the CURTIS INSTITUTE OF MUSIC in the Curtis Mentor Network, allowing him to take courses in composition and orchestration with the prominent composer Jonathan Bailey Holland and different programs of study classes, seminars and music analysis. 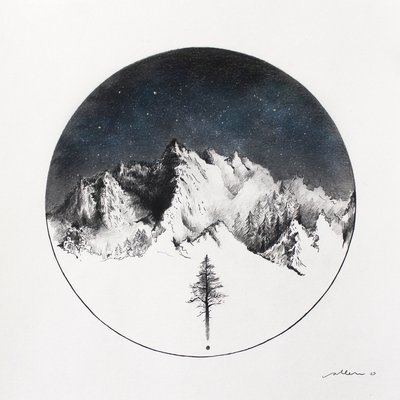 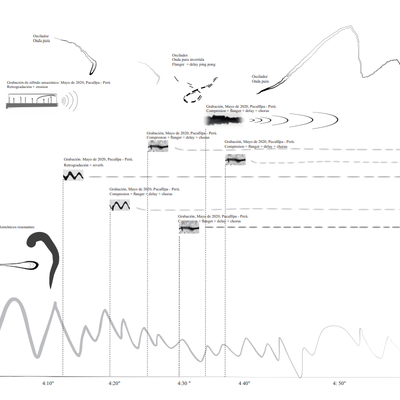 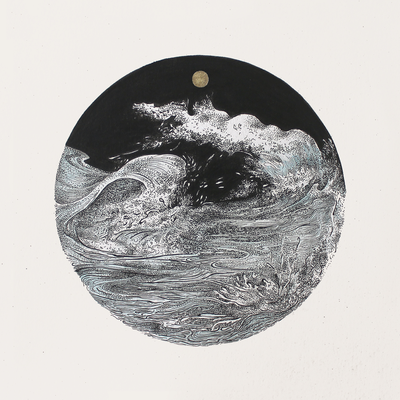 Sequences and Puzzles I for Orchestra (2020) by Sunghyun LEE