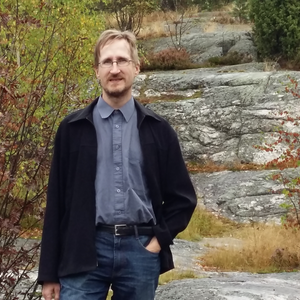 Composer Ari Romppanen’s output consists mainly of chamber music and works for solo instrument. His works have been performed on four different continents. He typically employs innovative formal designs, and he has also used improvisation and electronics. His piano work “Rho Cas” was awarded in the composition contest of the 9th Espoo International Piano Festival in 2007.

As a composer Romppanen doesn’t follow any -isms or strict rules, not even the ones created by the work itself. Music, as an end of itself, is an expression strong enough to carry on without support of any form of school of method from outside. He is also interested in astronomy, which can be seen in the titles of his works, like Rho Cas, Sol/Nemesis or Tvashtar Catena, or in the formal constructions of some works.

Recently Ari Romppanen has been familiarizing himself with theatre dramaturgy, which has also influenced his ideas concerning formal constructions.