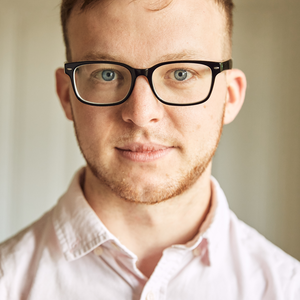 As composer, Nathanael is interested in the coexistence of sensitive impressions and physical properties music can render, or at least imitate: A ongoing dialogue between clear-cut beams (aesthetic, as well as acoustical) and visceral textures, often articulated by perforated sounds. Many of these elements are derived from astrophysics, visual arts (important artists: Gerhard Richter, Robert Irwin, Emma Kunz, František Kupka, Antony Gormley, César Baldaccini or Wolfgang Tillmans) and quantum physical research such as R. Feynman’s Path Integral Formulation.

[Nathanael’s works have been performed in Switzerland, Canada, France, Thailand, Spain, USA, Italy, the Netherlands, Brazil and at prestigious venues in the UK, including the National Portrait Gallery London. Nathanael entered the Royal College of Music in London in 2015 where he studied with Dai Fujikura and Jonathan Cole and was a Terry Hitchcock Scholar and was awarded the 2018 Elgar Memorial Price. In 2017, he was selected by the Gaudeamus Festival to write a new piece for the Carillon in Utrecht. Furthermore, he was invited to showcase his music at the TMAO Festival in Bangkok and at the VIPA Festival in Valencia, Spain. 2017 also saw the live broadcast of the premiere of his composition “Bruder Klaus genannt…” for Solo Oboe and seven Double Basses which was performed by Fabien Thouand, Soloist at LA SCALA and Enrico Fagone, artistic director of the Bottesini Competition. In 2018 inspiring experiences included the collaboration with the Neue Vocalsolisten Stuttgard, a new work to be premiered by the Orchestre National d’Île-de-France and an invitation to be Guest Artistic Director for the Borough New Music 2019 Festival in London. In addition, he was selected for the composer's seminar of 2018 Lucerne Festival Academy, which was led by Wolfgang Rihm and Peter Etövös. For summer 2019, he was selected for the Delian Academy for New Music which featured a masterclass with Beat Furrer and a collaboration with the TAK Ensemble.

As violist, he has performed in the National Youth Orchestra of Switzerland and countless chamber music ensembles and successfully auditioned as a viola player for 2017’s Britten-Pears Orchestra conducted by Marin Alsop. Other projects include performances and recordings of contemporary works for solo viola, including Alexander Khubeev’s “The Whisper of Phoenix” and Salvatore Sciarrino's “Tre Notturni”. In 2018, he won the "Featured Young Performer" audition of the London Ear Festival which involved performances for influential guests including Luciano Berio's widow and was selected for the “NEXT” program of the Birmingham Contemporary Music Group in which he worked with composers including Brian Ferneyhough, Marton Illes and Rebecca Saunders. In autumn 2019, Nathanael will commence a Master’s course for contemporary music performance (Viola and Composition) at the Jersualem Academy for Music and Dance in collaboration the Meitar Ensemble.]

Verse IV from per Verse