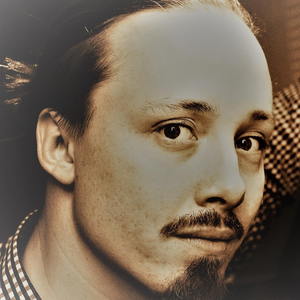 Roman Czura, composer, born in 1989 in Darmstadt, Germany. Starting his adventure with music on the piano and violin, he studied composition in Darmstadt, Kraków, Riga and Katowice amongst others with Cord Meijering, Prof. Anna Zawadzka-Gołosz, Prof. Juris Karlsons and Prof. Eugeniusz Knapik. After graduating with the highest marks from the Karol Szymanowski Music Academy in Katowice he continued his studies under the supervision of Prof. Eugeniusz Knapik at his Alma mater, where he also teaches since 2014 and obtained in 2019 his PhD in music composition.

His main artistic interest has been mainly in orchestral and other instrumental music, writing in a moderately contemporary style, not breaking with tradition, while not excluding the new. However, since 2013/2015 he has more regularly searched for inspiration in literature, composing some vocal music, and started to explore the guitar in various contexts, consulting those pieces with Polish guitarist Marcin Maślak.

Major compositions include ...on the riverside, ner neshama for orchestra, commissioned for and premiered at the Wawel Royal Castle, Concierto ardiente for guitar and orchestra, Do prostego człowieka for soprano and orchestra, Ptasie Radio (Bird Radio) for mixed choir. Both the Piano Concerto “Kraftfelder” and the large-scale Symphony No. 2 “Wie ein Naturlaut” were premiered by the Polish National Radio Symphony Orchestra, conducted by José Maria Florêncio, the latter piece being commissioned by this institution. His music was performed in Poland, Germany, Latvia and the US and has been awarded several awards at national and international composition competitions.

He is a member of the Polish Composers’ Union ZKP.