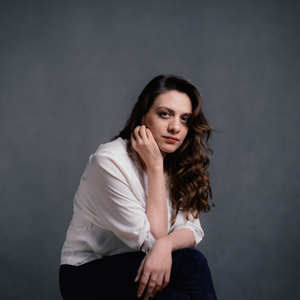 Aftab has studied Music Performance at University of Tehran, Composition at Royal Conservatory of The Hague and Composing for film- and at the same time- Karnatic Music (South Indian music) at Conservatory of Amsterdam.
Aftab has presented her music in various festivals in Europe and Asia working with various ensembles such as Kronos Quartet, Hermes ensemble and working with companies like World Lap Opera in many productions.
In 2014, Aftab was short listed for the 20th young composer meeting in Apeldoorn (Netherlands) and in 2015, she won the music education award from Listhus artistic residency to hold Music workshops for teachers at Music school of Fjallabyggd, Iceland.
She is a former member of KhZ ensemble; an experimental electronic ensemble with supervision of Yannis Kyriakides that has performed in various festivals such as Holland festival.
Since 2015, She has been regularly invited as a guest lecturer to University of Tehran.
In October 2016, She was awarded the Prestigious " Tenso Young Composers Award 2016” for her piece “And the world stopped Lacking you..." for A Capella choir. In 2017, Aftab was commissioned by San Francisco’s Grammy Award-winning Kronos Quartet to write a piece for Fifity for the future: The Kronos Learning repertoire. A project devoted to the most contemporary approaches to the string quartet, designed expressly for the training of students and emerging professionals.
She continued her collaboration with Kronos, with creating a new piece for Music for change- The Banned countries
In February 2019, Aftab Premiered her first Opera “ Turan Dokht” in Holland festival 2019. 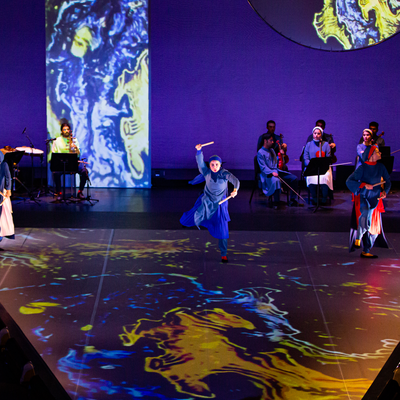