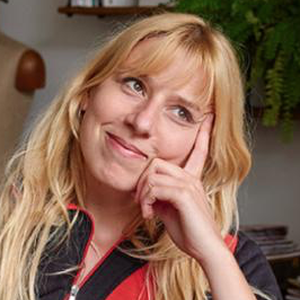 Sophie Leleu first turned to opera, both in the repertoire and in contemporary creation. Mezzo-soprano, she plays roles throughout Europe, in the United States and in Asia : Orfeo, Orfeo ed Euridice de Gluck in Berlin; Galathée et Bergère, Pastorale by G.Pesson at the Théâtre du Châtelet; Re-walden by Markeas at the EMPAC in New York; Nancy T'ang, Nixon in China by J.Adams at the Théâtre du Châtelet; Candelas in El Amor Brujo by Falla; Jacqueline, Le Médecin malgré lui by Gounod at L'opéra de Saint-Etienne; title role in Bizet’s Carmen then title role in Frédégonde by Saint-Saëns at Saigon’s Vietnam Opera; Alejandra in the Enfer Musical by Suarez-Cifuentes directed by the Balcon ensemble...

Composer and improviser, Sophie also asserts herself in creation. She writes songs with her harp and then composes for the live show. During the lockdown, she entered composition class at Pôle Sup'93- CRR Aubervilliers. She writes various pieces for prestigious ensembles.

On March 11, 2023 at the Philharmonie de Paris: «Solstice-chant à la lune» lyrical poem created by the Multilatérale ensemble - commissioned by the Philharmonie de Paris (harp, song, piano, violin, cello, clarinets) on a poem by Houshang Ebtehâj directed by Léo Warynski. 28 June 2023: Creation of a piece by the ensemble 2E2M (flute, trombone, percussion and double bass). Summer 2023: Baroque arrangements with harp and viola da gamba for the Caravelle des Arts ensemble with Françoise Enock. Back to 2023: Recording of a new album of folk songs solo, accompanied by a harp.

After studying drama and Celtic harp, Sophie Leleu graduated from the Guildhall School of Music & Drama in London in Laura Sarti’s singing class. Then, she went to Berlin to deepen her singing at the Universität der Künste. Back in Paris, she does a Master of Music, specialised in Lieder music, with Udo Reineman at Metz Conservatoire. Then, she continues her vocal work with Chantal Mathias and then works with Lionel Sarrazin. During the lockdown, she then entered in Jonathan Pontier’s composition class at the Pôle Sup'93 CRR in Aubervilliers.

Self in Mind II for Flute Solo (2018) by Jaehyuck Choi