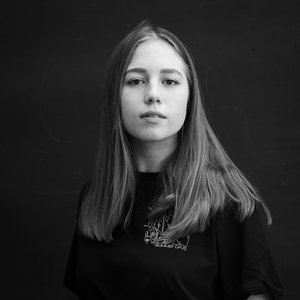 Feodosiya Mironova was born in Moscow in 1997.
In 2015 she graduated with honors from Gnessin Moscow Special School of Music ( professor Anna Arzamanova) In 2020 she graduated with honors from Moscow Tchaikovsky Conservatory( professor Jacob Katsnelson)
During her studies Feodosia became a prize-winner of international competitions such as "Musica Classica" 2006; (1 prix); "Children playing ancient
music" 2013; ( grand-prix); Moscow L.Mozart Festival-Competition of young performers of ancient music( 1 prize); she participated in many concerts and festivals, performed with «Gnessin Virtuosi» orchestra and State Symphony orchestra of Transnistria. In 2010 she became a member of the Spivakov Foundation.
She took part in master classes of Prof. Mariana Sobuly, Prof. Andrey Diev, prof. Tigran Alikhanov, prof. Mikhail Dubov, prof. Eliso Virsaladze and others.

In 2021 she took part in the project “River of Talents” organized by Sergei Roldugin and participated in master classes of prof. Andrei Diev.

In 2022 she became a soloist in Centre for electroacoustic music ensemble in Moscow Conservatory. She participated in such contemporary music festivals as: ReMusic ( Saint-Petersburg), New Classic, Biomechanics, 12th International Young Composers Academy in Tchaikovsky city and others
She has collaborated with such conductors as Mikhail Khokhlov and Grigory Moseyko. She performed as a guest soloist of Studio for New Music and MCME ensemble.

She plays regularly in the best concert halls in Russia.
She performed in such halls as the Bolshoi, Maly, Rachmaninoff Halls of the Moscow Conservatory, the Pavel Slobodkin Center, the Moscow House of Music, Zaryadye hall, the halls of the Moscow, Krasnoyarsk, Vologda and Saratov Philharmonic and in others.

Now Feodosiya is actively engaged in creative and concert activities, successfully developing both in classical academic and in new music, electroacoustic music, jazz and improvisation.