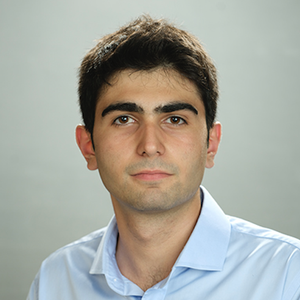 Emre Şener is a composer from Istanbul, Turkey. He now studies composition and contemporary music at the Royal Academy of Music, London with a scholarship, under Rubens Askenar. He has worked with some of the leading composers of Europe including Salvatore Sciarrino, Stefano Gervasoni, Marco Momi, Peter Adriaansz, Frederic Durieux, Christian Mason, Hasan Uçarsu etc. He is the winner of the Ateneo de la Laguna composition award (Spain), The Alan Bush Prize (UK) and a recipient of the Ministry of Culture Choir Composition Award (Turkey). He is supported by the Talent Unlimited foundation. His works are performed regularly in Europe, primarily in France, England and Turkey and with a recent premier in the Auditorio de Tenerife. He was an invited artist to the 2021 Season of ‘Paris Youth Music Society’ in CNSMDP. He was commissioned by the Royal Academy of Music for its ‘200 Pieces’ project commemorating its bicentenary, by Talent Unlimited for a Double Concerto for Piano and Violin and for the festival ‘Les Journées de Pont ar Gler’ in Brittany. Also as a conductor he has directed orchestras, ensembles and choirs in Istanbul, London and Paris with a wide ranging repertoire and he is the co-founder and conductor of London Contemporary Soloists.