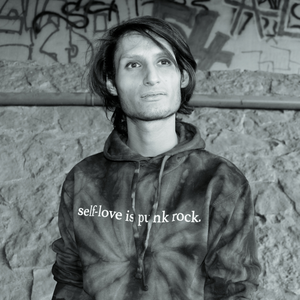 Zygmund de Somogyi (they/he) is a British-Filipino composer, artist, performer, and curator currently based between London and Germany.

Zygmund’s compositions explore expressions of online folklore, interdisciplinary performance, and the recontextualisation of genre and form, with their nonclassical background and punk rock upbringing greatly informing their practice as a composer. Zygmund’s work has been performed across the UK, Ireland, Germany, Spain, and Canada by Quatuor Bozzini, Fidelio Trio, Tresonant, Thallein Ensemble, and Seán Clancy, among others; they have also written music for ThinkTank Planetarium, Camden Fringe Festival, OSO Arts Centre, and Chris Hadfield’s Rare Earth. Zygmund recently completed a MMus in Composition at Royal Birmingham Conservatoire with Ed Bennett, Edwin Roxburgh, and Howard Skempton, and studied their BA at the University of Leeds with Marian Jago and Ewan Stefani. Ongoing projects include a chamber opera inspired by indie-horror game OMORI, a suite for concert orchestra based on the SCP Foundation collaborative fiction webseries, and a studio album combining classical guitar and ronroco.

Zygmund spent their teenage years in the Leeds DIY and alternative music scene; they play in skate-punk trio High Visions (INiiT Records), which has caught the attention of Kerrang!, New Noise, and Slam Dunk Festival. Zygmund has released three studio albums, the latest of which — neoclassical piano and post-metal tinged Always Believe — was produced by Will Cook and was described as "atmospheric, haunting and beautiful” (Love It To Death).

Zygmund is the founder and CEO of online magazine and music organisation PRXLUDES — with the goals of giving emerging composers the opportunity to talk about their work on a public platform, and fostering a cross-cultural network of new music practitioners.

Zygmund openly has Asperger’s Syndrome, and helps run the Autistic Musicians' Network for musicians and creatives on the autism spectrum.