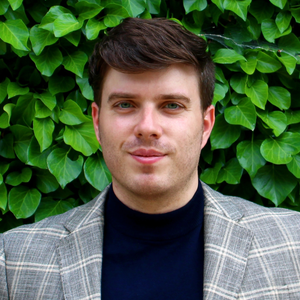 Daniel Rodríguez is a young Spanish conductor whose activity has taken place mainly in Venezuela, being invited to conduct various orchestras belonging to the recognized National System of Youth and Children's Orchestras during the three years of his stay (2014-2017).

In this unforgettable stage, he was also part of El Sistema as a member of the Simón Bolívar Symphonic Band of Venezuela with which he participated in a tour of Colombia in 2015.

In 2018, back in Europe, he participated in the IX Edition of the International Conducting Competition 'Jeunesses Musicales' in Bucharest (Romania) where he reached the semifinals.

Regarding his conducting studies, he began in Conducting in masterclasses with J.R. Pascual Vilaplana and at the 'Conservatorio Superior de Música de Asturias' with JE García Miranda where he also graduated in the specialty of Clarinet in 2014.

In Venezuela, he studied a Master's Degree in Music in the specialty of Conducting and Clarinet at the 'Universidad Simón Bolívar' of Venezuela with Alfredo Rugeles, Luis Rossi and Valdemar Rodríguez and is part of the Training Program for Young Conductors of "El Sistema" under the tutelage of Professor Teresa Hernández.

Back in Europe, he expanded his studies from 2017 to 2019 with the teachers Miguel Romea and Andrés Salado, studying the University Master of Orchestra Conducting at the Alfonso X El Sabio University in Madrid.