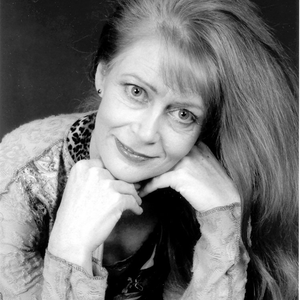 Sonja Beets finished her studies cum laude as pianist and organ player at the Sweelinck Conservatorium in Amsterdam. After her study she specialized in chamber music especially in vocal music with George van Renesse, Nelly Wagenaar and by taking part in master classes both in the Netherlands and abroad, i.e. with Györgi Sebök.
Apart from the Netherlands she has performed in Antwerp, Brussels, Essen, Dresden, Paris, New York.
Furthermore she studied non western philosophy, culture and music. While doing so she has learned to play an Indian bow instrument the Sarangi in the dhrupad style (oldest devote style).
Besides performing music she is active as a composer, painter and poet. A bundle of her poems was published on her own account and she has had several expositions of her paintings. She made a start in composing in 1989, stimulated to do so by Györgi Sebök, Martijn van den Hoek, Herman Ulhorn, Bern ard Kruysen, Hans Zomer, Elly Ameling…
She likes to write compositions suited personally for the people that take part in her own ensemble "Purusha", amongst whom are Hans Zomer, Joke de Vin, Harry van Berne and Didier Poskin. For this ensemble she created a variety of music, both instrumental and vocal. In her 'Lieder' there is no singing with accompaniment but all voices are of equal value.
After several years of teaching, performing and giving expositions Sonja Beets is now bringing these different disciplines into integration in herself and with others. She took the initiative to start the "Muzenstede" Foundation in 1997. This foundation aims to develop the integration and symbiosis between men and art and between the different disciplines of art.
In the year 2000 she developed a musical tour called the "Muzikale Stadswandeling" in Wijk bij Duurstede (Netherlands). For this project she set nine poems by the Dutch poet Willem de Mérode to music. She selected these poems to as many characteristic lo cations in this town. The poems have been set to music for various combinations of instruments and voices, and recordings of these songs can be hired at the local tourist office, together with a brochure.
This project acquired recognition both by Dutch classical radio and regional television. The project was fully financed by the Muzenstede foundation.
Sonja Beets made her official debut as a composer with the presentation of this cycle of songs.
In 2003 she finished composing a chamber opera on a libret by Tom Sol after a story by Voltaire: "De Argeloze" (The Guileless).
She is also active as a performer in chamber music with her own ensemble called "Purusha".
In 2005 she presented a special project about Flemish cultural heritage in Belgium, in which she integrated several different artforms.
Her work for carillon 'Had we the wings...' has been elected as obligatory work at the public exams 2009 for the highest grade students of the KONINKLIJKE BEIAARDSCHOOL “JEF DENYN” in Mechelen (B).
She currently lives in France where she has created another association called La Grange des Arts and where she works and gives concerts with others artists, for whom she also writes new compositions.
Since 2009 she also plays the harp.

29
0 / 0
We use cookies to enhance your experience. Dismiss this message or find out more here