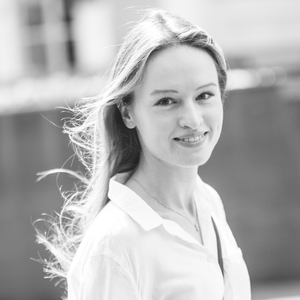 A composer and interdisciplinary artist Elena Rykova explores a wide variety of genres in music and visual art. She brings together instruments and found objects, extending one through another and creating performative musical situations with a strong visual aspect. Her scores are characterized by an innovative use of nontraditional notation, having been exhibited in art museums in her native Russia and the USA. She has written chamber works, music theatre pieces and musical performances for major new music groups around the world. Her current interests lie in the research of micro-sound, spatial aspect of sound and individual sound particles, and virtual sonic spaces.

She is currently a PhD Candidate in Music Composition at Harvard University, where she currently works as a teaching assistant in acoustic and electroacoustic composition courses.

Oh my God where are You by Ali Riza SARAL