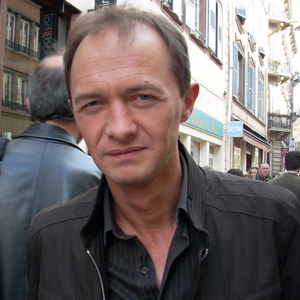 Paul Clouvel is a music composer, electroacoustic music performer, concert organizer and music management consultant. His areas of expertise are mixed instrumental music, application music for installations, for video or for live performances. The major part of his production consists of electroacoustic pieces and mixed pieces for instruments and electroacoustics.

Paul has also developed an intensive practice as an interpreter and performer in electroacoustic music, and frequently plays the works of other composers in spatialized concerts. His works are performed in numerous festivals and concerts around the world.

Paul awarded prize at Russolo international composition competition, bursary from PRS and SACEM, and was composer in residency from City of Geneva in Swiss.

Paul Clouvel is very active in the sharing of music, he created Elektramusic (music label and concert season in contemporary music), and Musiques Éclatées (classic, contemporary and jazz mini-festival).

Paul is very involved in the management of music. He graduated from University in cultural management, and certified in music business .He also teaches music management in universities and music conservatories and develops an important consulting activity for festivals and ensembles in Europe.

Paul shares his life between Strasbourg (France) and Berlin (Germany).