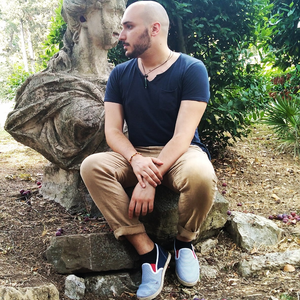 Riccardo Perugini was born in Montepulciano on 20 June 1996.

He has been interested in piano and composition since the age of four. He studied piano with Rita Cucè and Carlo Grante. He studied composition with Andrea Portera, Mauro Montalbetti and Detlev Glanert.

He received the special mention during the 2 Agosto International Composition Competition 2017 in Bologna with his composition “The aberrant blooms of mind”, concertino for Alto Saxophone and Orchestra.

He received the special mention during the Uuno Klami Composition Competition 2019 with his composition "Malerbe" for soprano and orchestra. He is the youngest composer ever selected by the competition.

He won the absolute first prize during the Lunigiana Music Festival International Composition Competition 2020 with his composition "Fiore di plastica".

In 2018 he founded the Ensemble Stamina.

He has been chosen as composer in residence for the Echi Festival 2021.