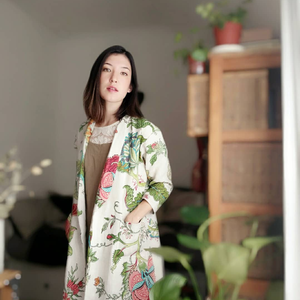 Born in Chitose, Japan, Sato Matsui is a Paris based composer and collaborator whose musical language draws influence from traditional Japanese sonorities as well as her training as a classical violinist. Her recent projects include a commission from Carol Wincenc for her 50th Anniversary Commissioning Project, which will be premiered partially at the National Flute Association in Salt Lake City this summer, and fully at Merkin Hall in spring of 2020. Other upcoming commissions include a mixed ensemble piece for Red Dog Collective, a solo viola piece for Chloé Thominet, a string orchestra piece for Palaver Strings, a solo flute piece for Zoe Sorrell, a cello sonata for Philip Sheegog, and a string quartet for Apple Hill String Quartet to name a few.

Her recent activities include Kinokonoko, a large ensemble commission from Joel Sachs for the New Juilliard Ensemble, which received its Lincoln Center Premiere in April of this year. In May, Matsui’s scoring of Shakespeare’s As You Like It was produced by director Ian Belknap at the McClelland Drama Theater. Matsui’s Free and So Thankful was the runner up for the 2019 String Quartet Smackdown with Invoke Quartet in Austin, Texas, and awaits album release.

Matsui is the recipient of the 2019 Charles Ives Scholarship and is currently a C.V. Starr Doctoral Fellow at the Juilliard School, where she also earned her master’s degree while studying with Robert Beaser. She received her BA from Williams College, where she studied composition with Ileana Perez-Velazquez, violin with Joana Genova, and conducting with Ronald Feldman. She is also a winner of the J. William Fulbright Scholarship, and lives in Paris where she researches the manuscripts of Erik Satie for her doctoral dissertation at Juilliard. 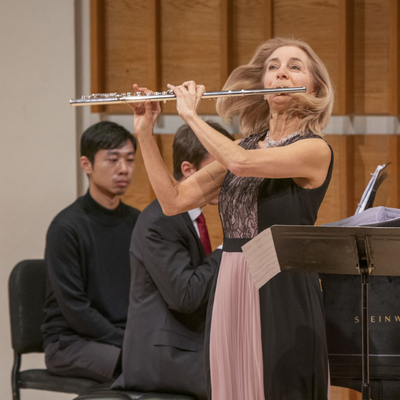 Goldenrod Sonata: I. Sea of Gold