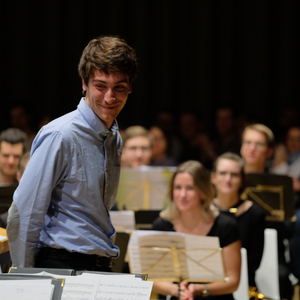 Angelo Naso (b. 1993) is a dynamic and multi-faceted composer. His music plays with genres in the sense that it combines different stylistic influences in the same work of art. Irony is one of the main features of Angelo’s music, represented by the shifting of material towards always new contexts. An example of this is the symphonic work Isotopic Variations on a Theme by Edgard Varèse – a piece strongly appreciated by conductor Andreas Stoehr, who premiered it in 2018 – where the opening of Density 21.5 is distorted by thematic developments linked more to Neo-Romantic aesthetic than to the world of 20th century avant-garde.

Angelo is especially interested in connecting music with other forms of artistic expression, like theatre and dancing. The ballets Liquidez and Nós em Sé-ri-e – both represented at the prestigious Rivoli Theatre in Porto – are influenced by Minimalism and concrete music, while his first chamber opera El buen vecino – based on the play by Juan Mayorga and premiered in Granada in June 2019 – is scored for the unusual combination of two male characters and a percussion quartet.

Many other works for solo, chamber, wind band and choral music have been performed in Austria (Linz), Spain (Granada) and Portugal (Porto, Aveiro, Viana do Castelo), receiving recognition by public and performers. He is the only winner of the 12th edition of the Composition Competition of Royal Conservatory of Music Victoria Eugenia of Granada, obtaining both prizes for symphonic and chamber music categories.

In 2012 and 2017 Angelo has been beneficiary of the Erasmus and Erasmus+ programmes, studying respectively piano at Conservatory of Music of Málaga, under Juan Jesús Peralta Fischer, and composition at ESMAE of Porto, under Telmo Marques. Furthermore, thanks to a grant received from Leonardo da Vinci Programme, he worked in 2015 as assistant teacher and piano accompanist at Royal Conservatory of Music Victoria Eugenia of Granada. His studies of piano started at Conservatory F.A. Bonporti of Trento (Italy), where he obtained Piano Diploma under the guidance of his mother Laura Di Paolo. He holds a Bachelor degree in Composition from Royal Conservatory of Music Victoria Eugenia of Granada, where he studied with Francisco González Pastor. 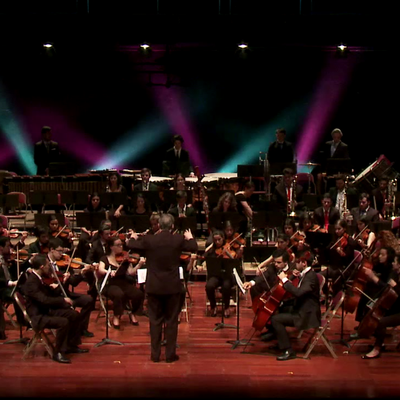 The Dragonfly by Rafael SIMONACI