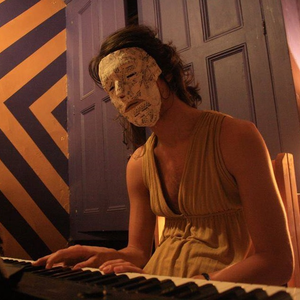 In 2012, after studies in dance, theater and music, I joined an interdisciplinary experimental theater company as a co-artistic director and music director. With them, I worked on the creation of three independent plays, organized over thirty events featuring emerging and independent artists of the Montréal scene and trained with renowned groups such as Odin Teatret. In 2014, I decided to further my music composition skills by enrolling in a bachelor’s degree in instrumental composition under the tutelage of Ana Sokolovic and Denis Gougeon. Instead of putting aside my previous practices, I continued working as an individual artist in scenic and musical collaborations and organized exhibitions and performance nights. Wishing to broaden my views on dance, music and theater, in 2016 I travelled to Japan where I worked with six cultural institutions to learn about butoh, noh and gagaku, among other things. After this enriching experience, I started working more and more in the new music scene in events for emerging composers such as Bozzini Lab, LMCML, WRCMS and Ensemble Evolution at the Banff Center for the Arts. In September 2019, I started a master’s degree in musique mixte with composer Pierre Michaud, started various collaborations and recently signed my Asian première in Singapore.