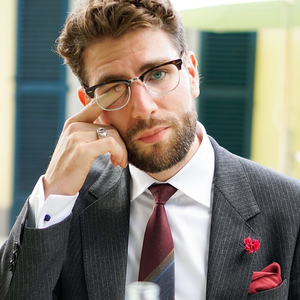 Simon Al-Odeh (*1988 in Peine) grew up in Recklinghausen. After self-studies in music theory and first pieces for Youth Orchestra, which were performed Germany, Italy and France, he received composition training by Rüdiger Blömer. Simon Al-Odeh studied with Dolf de Kinkelder in Arnhem and with Alex Manassen in Zwolle, in the Netherlands. His music has been performed amongst others by the New Philharmonic Orchestra of Westphalia, Het Gelders Orkest and orkest 'de ereprijs' and is being published by Verlag Dohr Köln since 2011. In 2014 his multidisciplinary opera-project [kʌu̯ ɪn junifɔɹm] premiered. Simon Al-Odeh was participant in the Darmstadt Summer Course and the Impuls Academy in Graz with the tutors Brian Ferneyhough, Younghi Pagh-Paan, Isabel Mundry and Mark Andre.
He lives and works in Cologne. 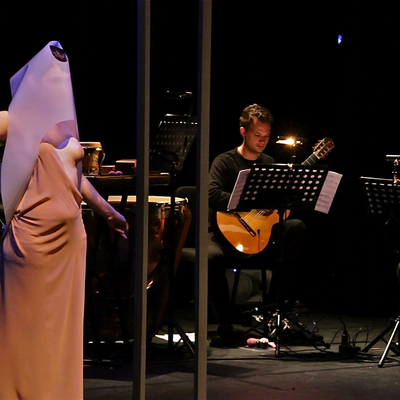