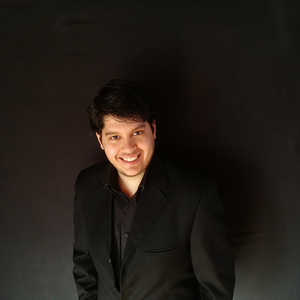 As a clarinetist, he has played with London Symphony Orchestra under many famous conductors such as Sir. Simon Rattle, Daniel Harding and Gianandrea Noseda. In 2015 Spouras founded Antwerpen Camerata in Belgium, and he is today both Chief conductor and Artistic Director of the orchestra.
In 2017 he finished his Master at Guildhall School of Music in Clarinet with Distinction Degree and Concert Recital Diploma. While Studying at the Guildhall School of Music with Andrew Marriner at the prestigious Orchestral Artistry Course (A collaboration course with London Symphony Orchestra) he was awarded the Leverhulme Trust scholarship.