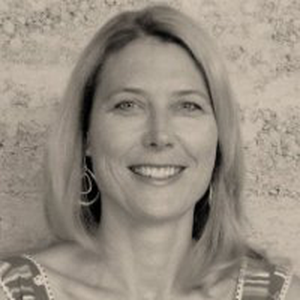 Felicity Wilcox is an interdisciplinary composer and academic whose output encompasses concert music, film music, song writing and improvisation, music for theatre, installations, live events, dance and radio. She has received commissions for many leading artists and ensembles, including The Australia Ensemble, Ensemble Offspring, Ironwood, Vivid Sydney, Decibel, Halcyon, Sydney Art Quartet, the Australia Piano Quartet, Charisma Trio, the Sydney Symphony Fellows, and individual performers. Her songs and concert compositions are performed and broadcast across Australia in reputable venues and on ABC radio. She has enjoyed a successful career as a screen composer and worked extensively as a composer and music director, with a highlight being her role as Assistant Music Director and Composer for the Paralympic Games opening Ceremony in Sydney 2000. She has composed, recorded and produced the soundtracks to many award-winning film and television productions, and has received multiple ARIA, AFI and APRA/AGSC awards and nominations for her film music. Her soundtracks are broadcast nationally and internationally on major television networks and have featured in important international film festivals including Berlin, New York, London, Paris, Chicago, Venice, Tokyo, Sydney, Melbourne, Margaret Mead (NYC) and Toronto.

Felicity holds a position as Lecturer in Music and Sound Design at the University of Technology, Sydney. She completed her PhD in composition in 2013 at Sydney Conservatorium of Music. She is a Represented Artist of the Australian Music Centre, a Director of the Australian Guild of Screen Composers, and Chair of the AGSC Gender Equity Committee, which she co-founded in 2016 to address gender inequity in screen music. She writes and publishes on screen music, concert music and gender in music, and is currently editing the first scholarly book on the music of women screen composers for Routledge, NY.