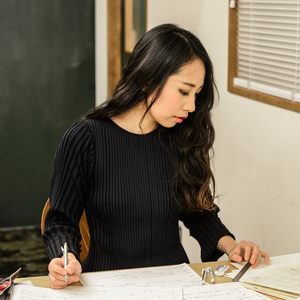 Tokyo-based Japanese composer Yu Kuwabara (b. 1984) makes music to ask herself who she is. She has been researching and studying traditional Japanese arts and music to go as far back as possible to her origins and in order to confirm her own sense of being. She has collaborated with numerous artists who use traditional Japanese art forms, including Noh performers, a Rakugo performer, a Japanese Buddhist chant group, and many traditional Japanese instruments performers.
A winner of the 31st Yasunushi Akutagawa Suntory Composition Award, Kuwabara was commissioned by important festivals, foundations, and ensembles such as ZeitRäume Basel, Transit Festival 20-21, I&I Foundation, International Ensemble Modern Academy, National Theatre of Japan, Kanagawa Kenritsu Ongakudo, Concert Hall Shizuoka AOI, Yokohama Minato-Mirai Hall, among others. In addition, her works have been performed at numerous international festivals (Darmstädter Ferienkurse, CRESC... Biennale für Aktuelle Musik Frankfurt Rhein-Main, Ultraschall Berlin, Mostra Sonora Sueca, EXPO Milano 2015, Music From Japan in New York, Tongyeong International Music Festival, Takefu International Music Festival, and others) and in many other concerts around the world.
She completed her master’s degree at the Tokyo University of the Arts and has taken part in prestigious academies, including Lucerne Festival Academy Composer Seminar, Academy Voix Nouvelles Foundation Royaumont, Akademie Schloss Solitude, among others.
Her scores are published from Edition Gravis and Edition Wunn. She is one of the members of Awai-Za, a chamber ensemble mixed with new music and Japanese Edo culture.
https://3shimai.com/yu/index_Eng.html 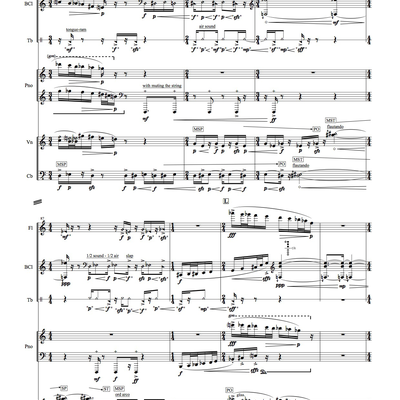 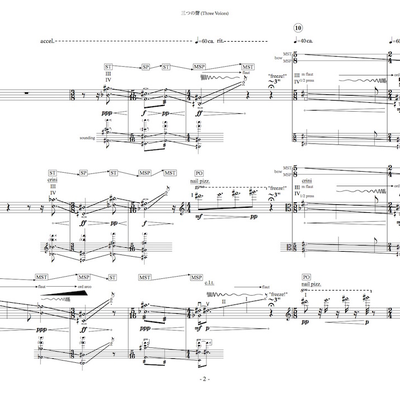 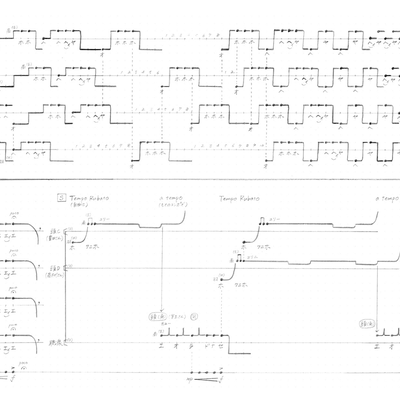