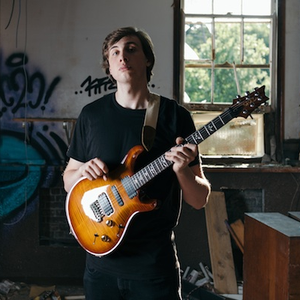 Ryan Carraher (b.1993) is an award-winning contemporary/experimental composer, jazz guitarist, improviser, studio musician, producer and educator based in Boston, MA. His recent compositions experiment with the use of impossibility to construct catastrophe-inducing environments that eschew conscious, measuring thought and reframe/interact with the performer as a unique corporeal system. The goal is to construct a musical environment that encourages the performer to react to stimuli, not in a conscious, quantitative way, but on a primal, physical, qualitative way, very similar to how plant life responds and adjusts to stimuli.

As a contemporary composer, his work has been named national finalist of the MTNA composition competition for both the 2016-17 and 2017-18 seasons, received a merit award from the Tribeca composition competition, worked with members of Ensemble Intercontemporain while attending MANIFESTE (2018) at IRCAM (Paris-Fr.) and has had U.S/International premieres/commissions from ECCE Ensemble (Etchings Festival-Auvillar, Fr.), Ensemble x.y, Transient Canvas, Iwona Glinka, Orlando Cela, John McDonald and more.

As a jazz composer/guitarist, Ryan has released numerous albums to critical acclaim. His 2016 debut release Vocturnal was named to the All About Jazz "Best of 2016 list". In 2018, he released his sophomore record Obscure Sorrows.

"Colors," he says to the screen's black lattice