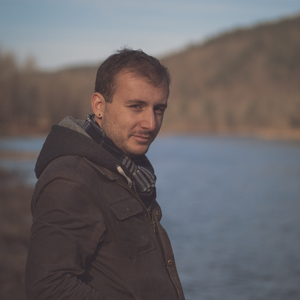 Jeremy Wexler is a musician from New York, USA currently residing in Kraków, Poland. As a drummer with a background in electronic music and classical music, Jeremy draws from an eclectic range of influences including spectral music, impressionism, sonorism, improvisation, jazz, drum ’n bass, and cinematic sound design. Working in acoustic and electroacoustic mediums, he aims to create visceral music that encompasses a vast emotive landscape.

Jeremy is a recipient of an ASCAP/SEAMUS Commission (2nd prize, '21), the Nicola De Lorenzo Prize ('16, '19), and a Fulbright Student Research Award to study electroacoustic composition at the Krzysztof Penderecki Academy of Music ('21). His music has been premiered by many visionary performers and ensembles around the world, including the Novalis Trio, Ukho Ensemble, Proton Bern, Divertimento Ensemble, Mivos String Quartet, players of the Nief-Norf Summer Festival and Wintergreen Academy, ECO Ensemble, Haegeumist Sooyeon Lyuh, vocalist Lucy Dhegrae, and the Purchase New Music Ensemble. As a performer, Jeremy has been a percussionist in and conductor of world premieres by many of his colleagues throughout his studies and has toured the U.S. as a drummer in a rock band.

With a longstanding passion for music education, Jeremy was a freelance percussion instructor and arranger who often traveled with various scholastic music ensembles to see his students perform. While maintaining a studio of private students, he taught solfege courses and composition lessons as a graduate student at SUNY Purchase College. He currently teaches music theory at the University of California, Berkeley where he is a PhD candidate in composition. Jeremy has studied composition with Ken Ueno, Franck Bedrossian, Myra Melford, Du Yun, Huang Ruo, and Suzanne Farrin. Recent interests include hybrid composing setups (analogue and digital), recording studio technology, and augmenting the drum set using electronics.

Body, my traitor by Dmitry BURTSEV